EPA Recognition is 12th Award for ITW and Its Premium Brands

The U.S. Environmental Protection Agency announced today that it has awarded ITW Food Equipment Group its ENERGY STAR® Partner of the Year—Sustained Excellence Award for 2019. By maintaining a focus on energy savings and efficiency in the manufacturing of food equipment from its family of premium brands – Hobart, Baxter, Traulsen, Vulcan, Wolf, Stero and Wittco to name a few – ITW Food Equipment Group has earned Partner of the Year—Sustained Excellence awards since 2010, as well as ENERGY STAR Partner of the Year awards in 2008 and 2009.

“For a dozen years now, we have been building a strong partnership with the ENERGY STAR program and the EPA, and we are proud to say today that it is stronger than ever,” said Lei Schlitz, Executive Vice President, ITW Food Equipment Group. “At ITW Food Equipment Group, we are committed to delivering energy and resource efficiency in our products, because it’s important to our customers and the right thing for our environment.”

The premium brands of ITW Food Equipment Group have built their reputations on manufacturing high performance commercial food equipment products that deliver superior energy and resource efficiency. With an expansive offering of more than 400 ENERGY STAR-certified products, ITW Food Equipment Group is focused on the continued development of next-generation, energy-efficient equipment in 2019, the promotion of resource efficiency to its dealer network and customers, and continuous efficiency improvements at its manufacturing facilities.

A highlight of ITW Food Equipment Group’s energy efficient equipment and technology introductions in 2018 and 2019 include:

ITW Food Equipment Group LLC, a subsidiary of Illinois Tool Works, is the brand behind the brands found in commercial kitchens, cafeterias, bakeries, delis and groceries around the world. An ENERGY STAR® Partner of the Year since 2008, ITW Food Equipment Group embodies a family of premium brands including Hobart, Traulsen, Baxter, Vulcan, Wolf, Berkel, Stero, Somat, Gaylord, Kairak and Peerless—covering nearly all your commercial food equipment needs, from food preparation and refrigeration to cooking, baking and ventilation to weighing and wrapping to dishwashing and waste disposal. Backed by our nationwide network of factory-trained service technicians, we’re always nearby to install, maintain and service your equipment. Explore ITW Food Equipment Group by visiting www.itwfoodequipment.com.

ENERGY STAR® is the government-backed symbol for energy efficiency, providing simple, credible, and unbiased information that consumers and businesses rely on to make well-informed decisions. Thousands of industrial, commercial, utility, state, and local organizations—including more than 40 percent of the Fortune 500®—rely on their partnership with the U.S. Environmental Protection Agency (EPA) to deliver cost-saving energy efficiency solutions. Since 1992, ENERGY STAR and its partners helped save American families and businesses nearly 4 trillion kilowatt-hours of electricity and achieve over 3 billion metric tons of greenhouse gas reductions. In 2017 alone, ENERGY STAR and its partners helped Americans avoid $30 billion in energy costs. More background information about ENERGY STAR can be found at: energystar.gov/about and energystar.gov/numbers. 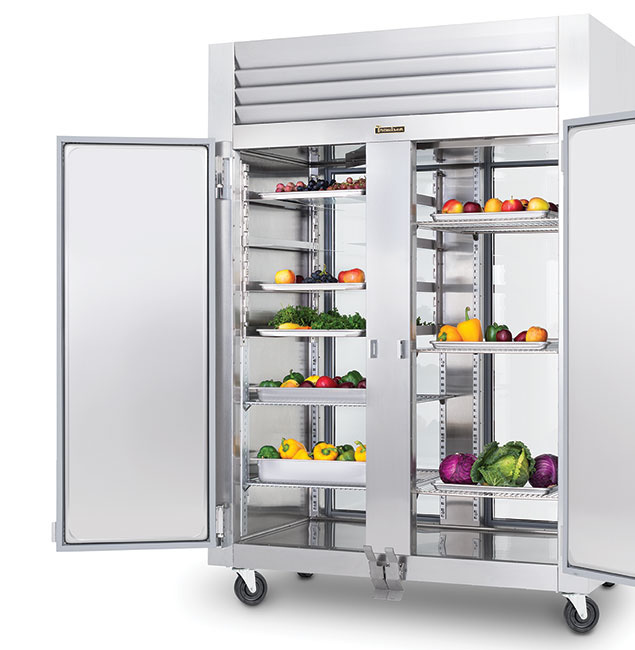